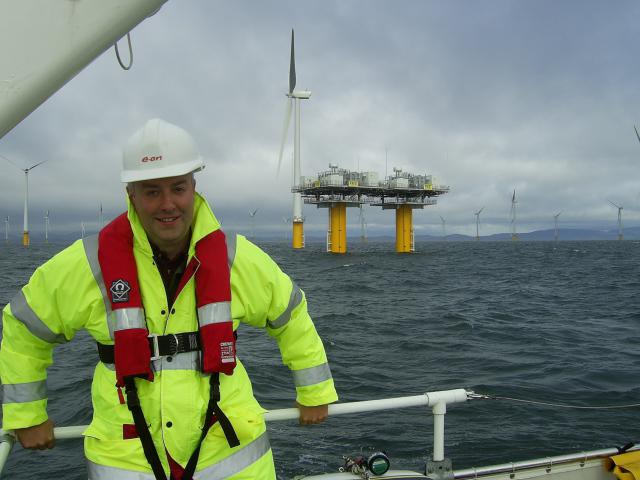 Victoria recently joined GFT for 3 months as a 'Working with Rivers' trainee. Hear what she has been doing in her blog

My name is Vicky Johnson and I’m the new ‘Working with Rivers’ Trainee here for 3 months.  I’m thoroughly enjoying my time at the Galloway Fisheries Trust so far!  I’ve always loved the outdoors and have been instilled with a passion for wildlife and nature from a young age.  I immigrated to Scotland in 2021 from South Africa where I had completed a BSc in Botany, Ichthyology and Fisheries Science, a BSc (Hons) in Biodiversity and Conservation, and an MSc in Marine Biology from the University of Cape Town.  In South Africa I worked in aquaculture, environmental education, and conservation.  Moving to Scotland has been a huge change from South Africa and I’m so grateful for this experience with the GFT to learn all I can about the Scottish environment and be involved in work that will make a real and lasting difference to Scottish rivers in the face of climate change.

I started my trainee placement on the 7th of March and since then I have been involved in all aspects of the trusts ongoing projects.  One of the most interesting and exciting things I’ve helped with is two fish rescues!  The first one was by Ardwell on a coastal burn where a dam was drained to remove silt build up.  We electro-fished the burn below the dam before there was a risk of silt getting to it.  We found brown trout, sticklebacks and eels, which were all relocated to above the dam.  The other fish rescue we did was in Paisley where we removed the fish from a pond in a park before the water was drained down.  This did not involve electrofishing and instead we managed to scoop all the fish up in hand nets.  This was lot of fun and really good as we managed to save a large number of carp, pike, and perch, which would otherwise have died when the pond was drained.  It also made for an interesting and exciting day, plus I found £10 in the mud, along with hundreds of old dog toys!

I’ve also undergone training and passed my pesticide spraying courses which allow me to spray herbicides near water.  This is essential as there are populations of invasive non-native plant species present on some river banks that need to be treated and removed and now I will be able to involved in this important work.  I’m really excited to be starting a project to assess the extent and manage Giant Hogweed on the banks of the River Urr.  If you touch Giant hogweed it can burn your skin.  Each mature plant produces around 50,000 seeds annually, allowing it to quickly take over an area and shade out native plant species if not properly managed.

I attended an introductory course in creating a Catchment Wide River Restoration plan run by the River Restoration Centre which was really interesting as it taught me the skills to identify problem areas in river catchments and come up with solutions and management plans that would benefit the whole catchment.  I’ve been involved in the large ongoing habitat restoration project which aims to improve instream and riparian habitats for salmon and trout populations.  We have been planting trees along priority burns, installing log kickers in the instream habitat, and removing plastic tree guards from old tree planting projects.  The purpose of the tree planting is to provide shade to cool the water in light of climate change and rising water temperatures.  The log kickers are used to act as natural woody debris that is otherwise absent, to diversify the water flow, and act as natural refuge and habitat for fish.

I’ve also had the opportunity to go out in the field to take water quality samples of burns within poorly buffered heavily conifer forested areas.  This was to check the pH of the water after a high rainfall events, and we found the river headwaters to be highly acidified.  Creating maps to display this data using GIS software will hopefully lead to effective management practices around the burns and reduce the level of acidification.

All in all it’s been really exciting so far, and I’m looking forward to the next few weeks of my trainee placement! I’d like to thank NatureScot and the Galloway Fisheries Trust for this great opportunity.

GFT are recruiting for a 'Habitat and Climate Resilience Officer'. This is a full time and permanent post.