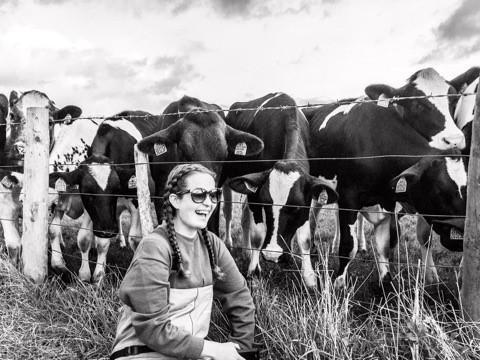 GFT have been out in all weather over the last few months planting  native deciduous trees along the banks of rivers and burns.  The largest scheme involved planting 1,770 trees around a tributary of the Bladnoch, which was part of a large-scale habitat restoration project funded by Scottish Natural Heritage’s Biodiversity Challenge Fund.

Freshwater pearl mussels require very specific conditions in order to thrive in their river habitats; they require watercourses with poor nutrients; low overall conductivity, dappled shading and with a pH of 7.5 or less. They require a mixture of substrates including sand, small gravels and stones in order to bury themselves underneath; only large mussels will protrude from the substrates and this is commonly no more than one-third of their entire size.

Glochidia require well-oxygenated water which is why the fish gills are suitable; they do not harm the salmonids and drop off into the gravels within a year. The other benefit to glochidia by attaching onto the gills of salmonids is being moved within a river system.

This particular habitat restoration project is improving approximately 11 km of the watercourse for mussels, trout and salmon.  1770 deciduous, native trees have been planted, to help cool water temperatures, provide dappled shading and improve riparian habitats.  1.4 km of new fencing has been erected to protect banksides from over grazing and help to prevent bank collapse; the fencing will also directly protect some of the trees that have been planted.

70 large wooden tree protectors have also been constructed to protect individual trees where fencing was not a possibility along the burn; these will be able to protect the trees for years to come without removal whilst also allowing livestock to graze around the trees.

Boulders are to be placed into sections of the burn to improve instream habitats for salmonids; part of this burn was previously dredged leaving very little variation in substrate making it less suitable for both salmonids and freshwater pearl mussels.

Over the next 10 years, the trees will be checked and replaced if they have died; wooden tree guards will be inspected and repaired if they have sustained any damage, fencing will also be inspected and repaired if required. Electrofishing surveys and freshwater pearl mussel surveys will be carried out on an annual basis, this should show how the habitat restoration works have been beneficial to salmonids, other fish species and the freshwater pearl mussels.